By the Numbers: Breaking Down the Lions Last 10 Drafts 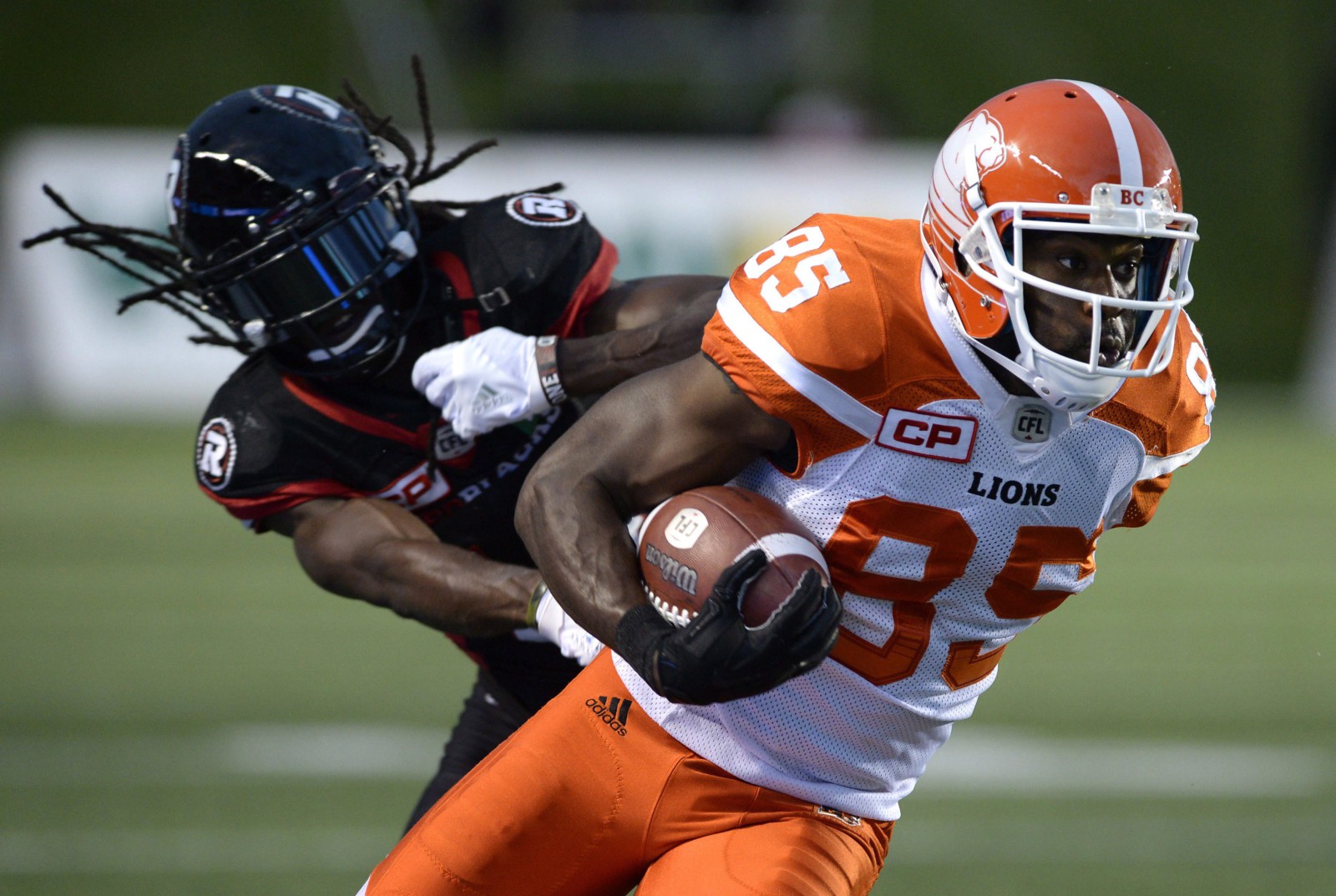 By the Numbers: Breaking Down the Lions Last 10 Drafts

The CFL Draft is all about numbers. We want to know many yards a prospect ran for, how many interceptions that defensive back had, how tall that defensive lineman is and how many picks the Lions have. These are just a few examples of how the draft is essentially one big math equation for teams, deciding a player’s worth based on their skillset and the degree of need your team has for that position.

This week, the BC Lions will select seven new Canadians in the CFL Draft to join their 2020 squad. The goal of Ed Hervey and his staff is to get the perfect answer to the math problem listed above. Through hundreds of hours of watching tape and debating the merits of each prospect, the Lions feel like they have positioned themselves to succeed in the upcoming draft.

Today we will take a deep dive into the Leos’ last 10 drafts. We will attempt to shed some light on how successful the organization has been at acquiring Canadian content with the help of some simple math. Without further ado, let’s begin with the total number of picks made by the Lions since 2010. 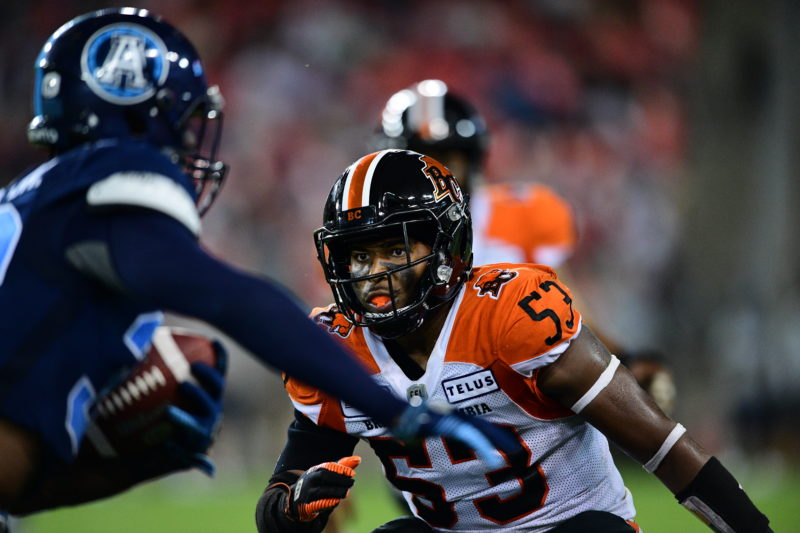 The Lions have made a total of 71 picks since 2010, averaging 7.1 selections per year. Overall, the Lions used those 71 picks to draft eight different positions. 17 of the picks were offensive linemen, 14 defensive linemen, 12 receivers, 11 defensive backs, eight linebackers, four running backs, four fullbacks and one kicker. 45 of those picks played their college ball at the U Sports level, 24 were from the NCAA and two entered the league from the CJFL.

Of the 71 players selected by the Lions since 2010, 46 have appeared in at least one CFL regular season game with BC. That equates to 64.8% of the players drafted by BC in the last decade. All things considered, that is not a bad number. The draft can be a bit of a crapshoot at times and it truly is an accomplishment to get contributions from over half your picks. There is room for improvement, but many teams in the CFL are no where close to this figure.

The Lions high-water mark for picks in a single year was nine. They accomplished this twice in the last decade (2010 & 2017). Some notable players drafted in 2010 include receivers Shawn Gore and Akeem Foster, as well as defensive back Cauchy Muamba. Defensive lineman Junior Luke, and linebackers Jordan Herdman-Reed and Frederic Chagnon were part of the 2017 class.

The smaller draft class of the decade came in 2012 for the Lions when they added just four players. It may not have been large in numbers, but the 2012 class was one of Wally Buono’s best as it produced Jabar Westerman and Kirby Fabien. Additionally, four of the players drafted appeared in at least one regular season game for the Leos. 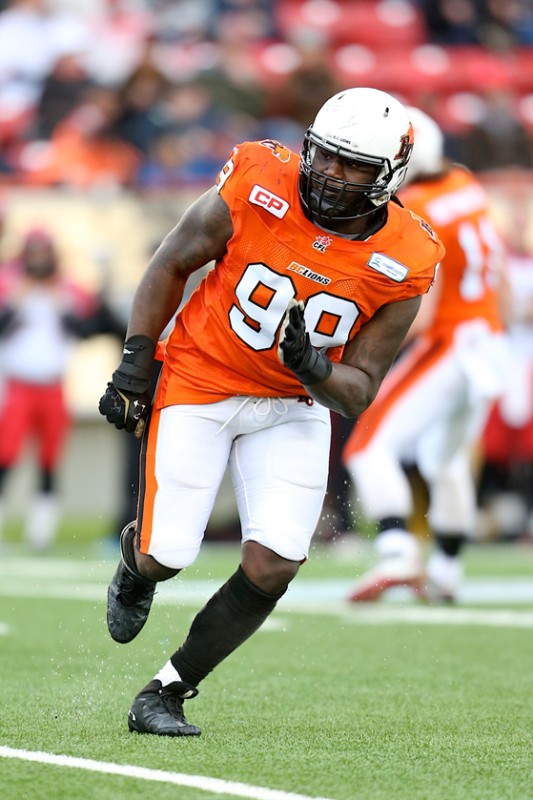 The Lions have announced a total of 10 first round picks in their last 10 drafts. There is an old adage in the CFL Draft to use the first round to build your team through the lines, and the Lions have done that. Of those 10 players, four have been offensive linemen and four have been defensive linemen. Some notable selections include Jabar Westerman (2012), Kirby Fabien (2012), Hunter Steward (2013) and Junior Luke (2017).

The highest pick the Lions have had in the first round is the second overall selection. They drafted Jabar Westerman out of Eastern Michigan University with the second pick in the 2012 draft. The 30-year-old interior lineman spent his first five seasons in BC, recording 75 tackles, 17 sacks, four forced fumbles and one interception through 85 games. Jabar left the Lions in free agency following the 2016 season, and has since gone on to successful stints with Montreal and Calgary.

This number represents the lowest first selection made by the club in the last 10 drafts. Lions’ fans had to wait until the 26th pick in 2019 for BC to make their first pick. They used that selection on Noah Robinson, a linebacker from the University of Missouri. Robinson compiled one special teams stop through 16 games a rookie with the Lions last season.

The Lions have possessed one of the top three picks in four of the last 10 CFL Drafts. The have picked second overall once (2012) and third overall twice (2017 & 2018). As previously discussed, BC used the second pick of the 2012 draft on Jabar Westerman. They drafted receiver Danny Vandervoort with the third pick in the 2017 draft and offensive lineman Peter Godber in 2018. Vandervoort never panned out for the club, recording just one catch across two seasons in BC. Although Godber has struggled to stay on the field in his tenure with the Lions due to a nagging foot injury, he has shown great promise as the club’s future starting centre when healthy.

Bo Lokombo is the only player drafted by the Lions since 2010 to represent the club as a West Division All-Star. The ultra-athletic linebacker was named an all-star following the 2015 season when he racked up 24 defensive tackles, 24 special teams tackles and one sack in 18 games. The Abbotsford, BC native compiled 164 tackles, five sacks, two interceptions and one forced fumble through 61 career games in Orange and Black.

Marco Iannuzzi led the way for Lions draft picks with 116 games played with BC. The former first round pick out of Harvard hauled in 141 passes for 1,662 yards and eight touchdowns during his career with the Leos. Shawn Gore is next on the list after Marco with 113 games played, David Menard is at 94 games, Jabar Westerman is at 85 games and Kirby Fabien is at 78 games. The most games played by an active Lion is Hunter Steward at 75.