5 Things to Know About Matt Guevremont 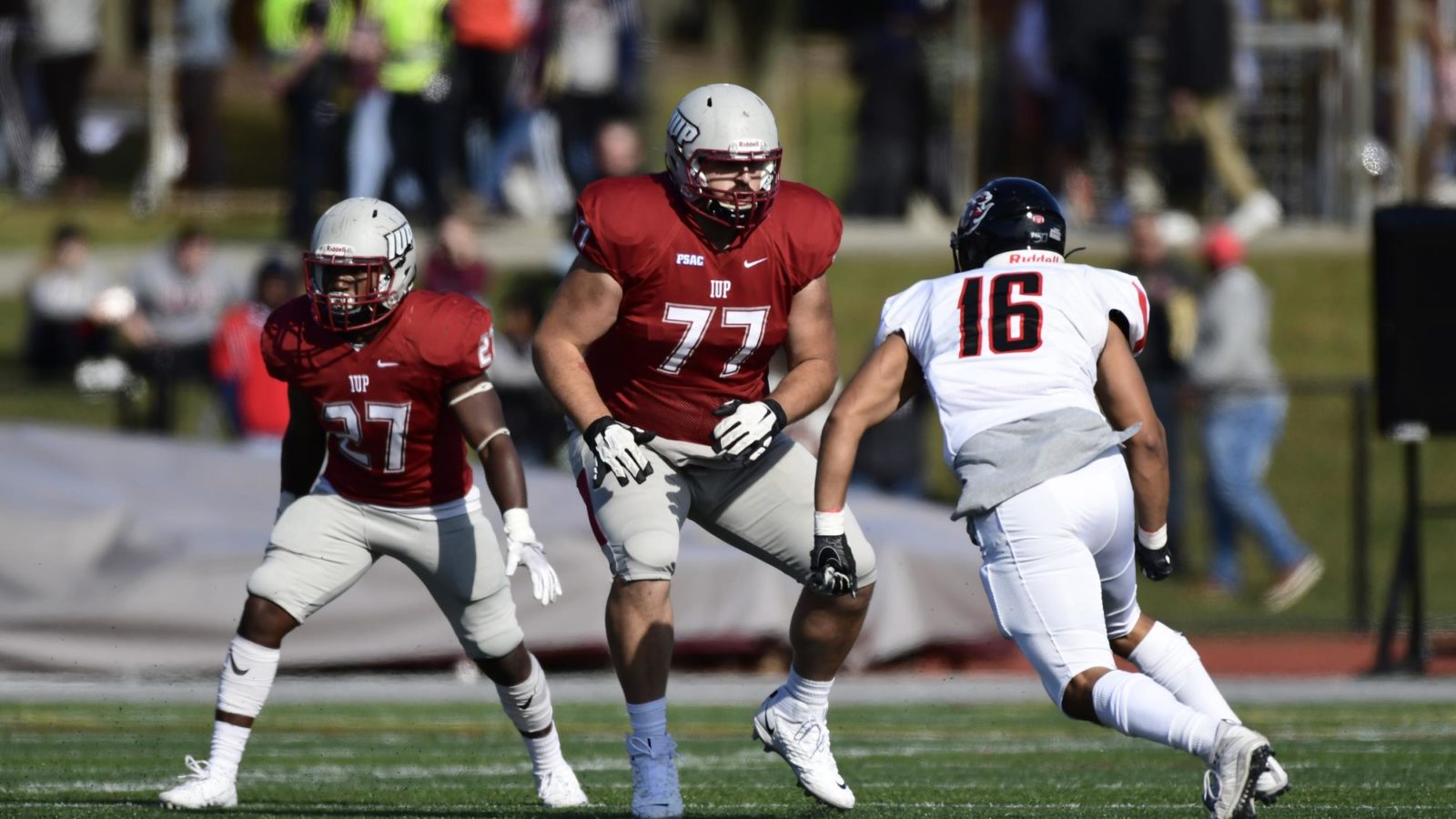 5 Things to Know About Matt Guevremont

You can never have enough offensive linemen. Ed Hervey and the BC Lions added versatility and depth to the offensive line when they selected Matt Guevremont out of Indiana University of Pennsylvania in the fifth round of the 2020 CFL Draft.

With starting experience at tackle and the size to kick inside at guard, the powerful blocker has the potential to be a useful toy for Kelly Bates to play with on the Leos’ offensive line. Matt figures to get an opportunity to prove himself as a reserve lineman early in his career with BC.

Today we will take a closer look at the former IUP star. Below are five things to know about the newest Lion.

It has been a long and winding road to the CFL for Guevremont. The hulking lineman made three pitstops on his way to BC. He began his collegiate career with Chabot College in Haywood, CA. Matt spent two seasons with the Chabot Gladiators before transferring to Malone University in 2018. He was an immediate success with the Malone Pioneers and earned a scholarship offer to play his senior season at Indiana University of Pennsylvania. His strong play with the IUP Crimson Hawks impressed Hervey enough to pull the trigger in the fifth round.

Matt is a huge basketball fan

An Ontario native, it’s only natural that Matt was rooting for the Toronto Raptors during their run to the NBA title in 2019. Born in 1995, Matt was the perfect age to get hooked on the game by watching Vince Carter lead the Raptors to the postseason in the early 2000’s. Based on his twitter account, Matt’s love for the game is deep and extends beyond just the Raptors. 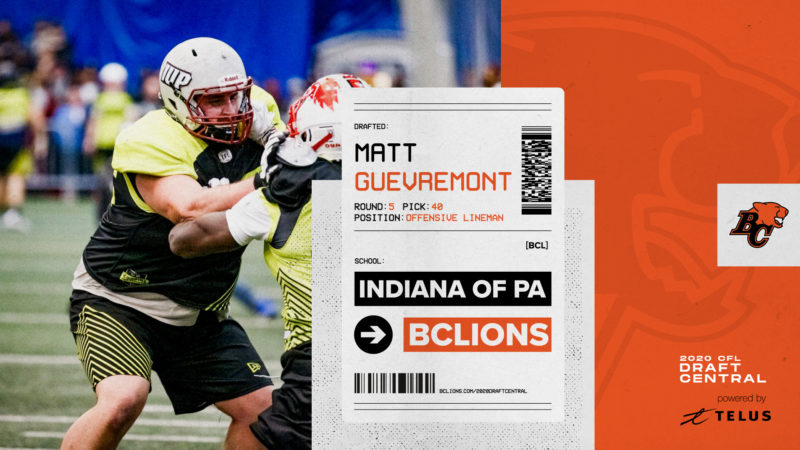 Arguably the most impactful trait Matt brings to the Lions is his versatility. He has experience playing left and right tackle in college. Matt began his career as a left tackle with Chabot College before transitioning to the right side of the line with Malone. He saw time at both tackle spots as a senior in 2019 with IUP. He has great size at 335 pounds and projects as a candidate to kick inside to play guard in the future. It’s rare for Canadians to play tackle in the CFL but his experience on the edge should give the Lions confidence if his number is called to fill in there. Matt’s ability to play multiple positions could make him a valuable backup early in his career with the Leos.

Matt was named second team all-GMAC with Malone in 2018 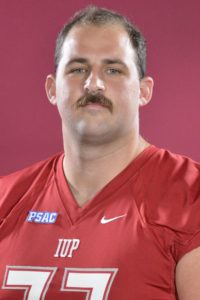 Matt only spent one year with the Malone Pioneers but he made it count. The powerful blocker was named second team All-GMAC in 2018 after starting 10 games at right tackle.

Matt works as a grocery clerk in the offseason

Matt is currently working as a grocery clerk in his hometown of Pickering, ON. We as Canadians owe a lot to front line workers right now. Times are tough during the COVID-19 pandemic and our admiration for people like Matt is at an all-time high. Thanks for all that you do Matt. The hard work you and your co-workers are doing is greatly appreciated and will not be forgotten.