5 Things to Know About Cordell Hastings 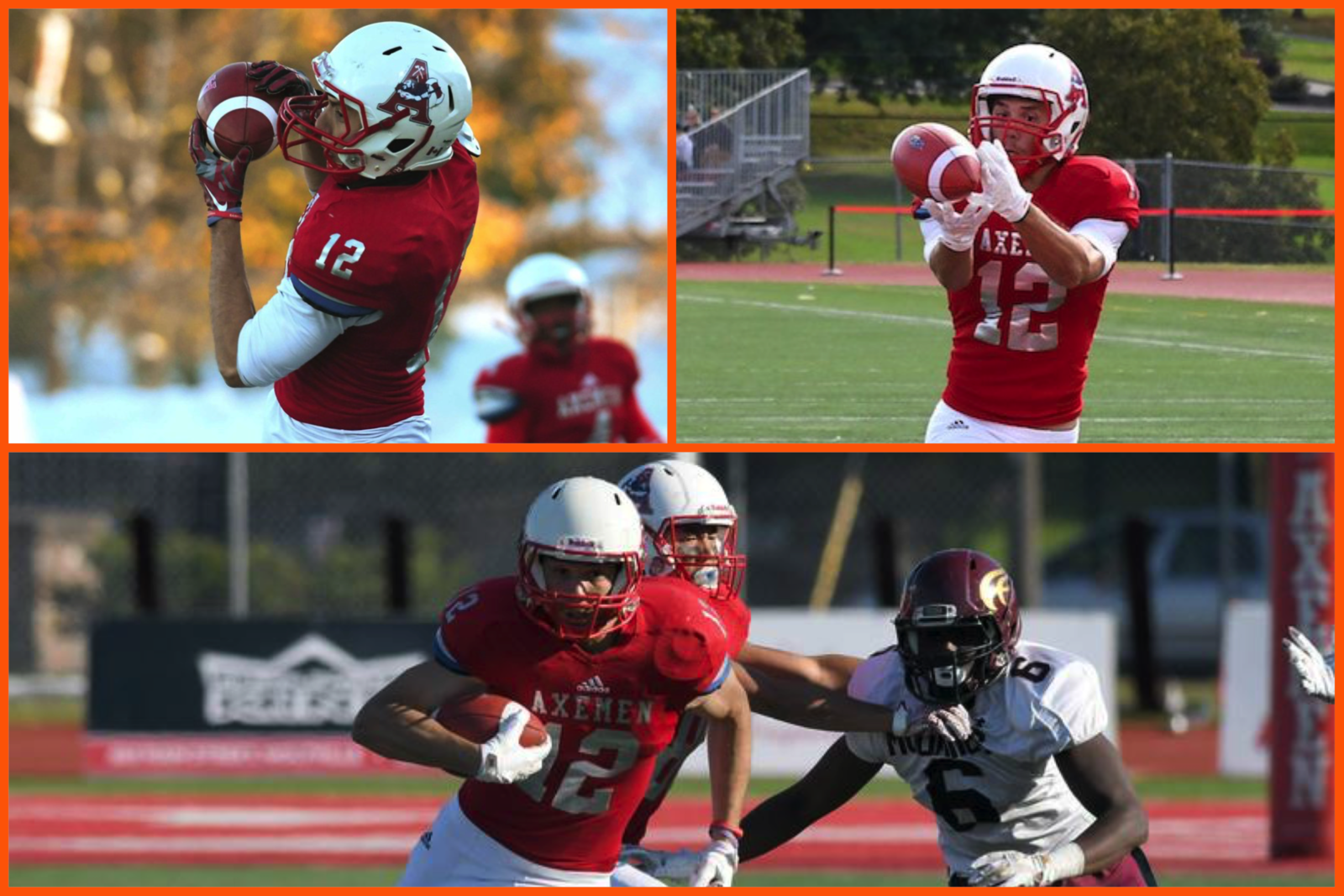 5 Things to Know About Cordell Hastings

Speed thrills in football and you can never have enough of it. Ed Hervey and the BC Lions added versatility and depth to their receiving core when they selected Cordell Hastings out of Acadia University in the fifth round of the 2020 CFL Draft.

Possessing ideal size (6’3, 195 lbs) and elite top-end speed, Cordell has a history of making clutch catches in critical moments. Considered by many to be a sleeper heading into last month’s draft, the Calgary product figures to get an opportunity to prove himself as a reserve receiver and special teamer early in his career with BC.

Today we will take a closer look at the former Acadia star. Below are five things to know about the newest Lion.

Named an AUS All-Star three years in a row

Cordell had a very impressive career with the Axemen, hauling in 121 passes for 2,047 yards and 17 touchdowns through 32 games. He was named to an Atlantic University Sport All-Star in each of his final three seasons. The speedy wideout averaged 35 receptions, 601 receiving yards and five touchdowns per season between 2017 and 2019. His best season with Acadia came as a sophomore in 2017 when he caught 36 passes for 603 yards and eight touchdowns.

Drafted by the Calgary Roughnecks of the in NLL 2019

Deion Sanders, Bo Jackson and Cordell Hastings; what do these three people have in common? They are all examples of multi-sport professional athletes. Hastings is a star on the football field and in the lacrosse box. He excels as a forward in lacrosse and was drafted in the fifth round by the Calgary Roughnecks in the 2019 National Lacrosse League Draft. He attended training camp last season with the Roughnecks and hopes to make the team in 2020. Cordell’s goal is to play for the Lions and Roughnecks simultaneously, as the CFL season runs from May-November and the NLL season is from November-May.

Cordell can stretch the field. The 21-year-old pass catcher has proven to be a true deep threat in the Atlantic University Sport conference. He led the conference in 2018, averaging 16 yards per reception. Not satisfied with that, Cordell upped his yard per catch average to 18.2 and once again led the AUS in this category in 2019. Cordell is a physical player at 6’3 and is considered by many scouts to be the fastest wide receiver in his draft class. 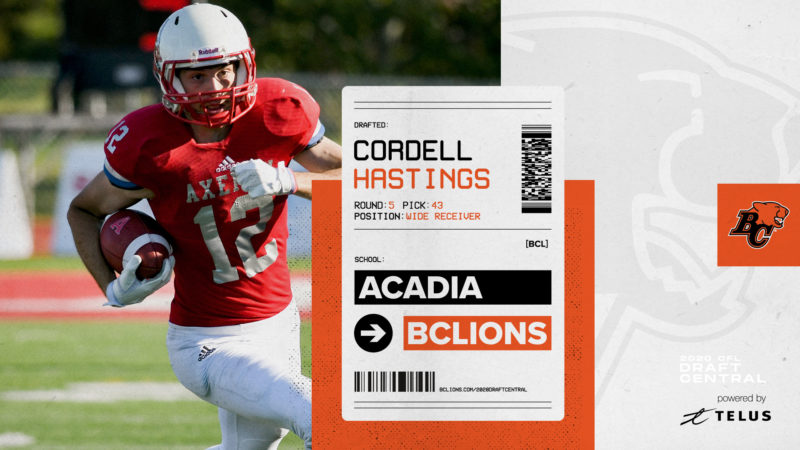 No word yet on if it is the Adam Sandler remake or the original starring Burt Reynolds, but you can’t lose either way. Both incarnations are classic films in the world of football movies, as The Longest Yard symbolizes the camaraderie a team can build when they have a common enemy. Hopefully Hastings takes a play out of the Mean Machine’s playbook and puts a beating on the Lions’ CFL enemies in 2020.

Need I say more? I love this guy already and so does Snoop Dogg. Nicknames are meant to be fun and show personality. C-Dizzle accomplishes both of those things, plus a little flare. It’s fair to suggest that Cordell’s new teammates in BC will have some fun with this nickname.