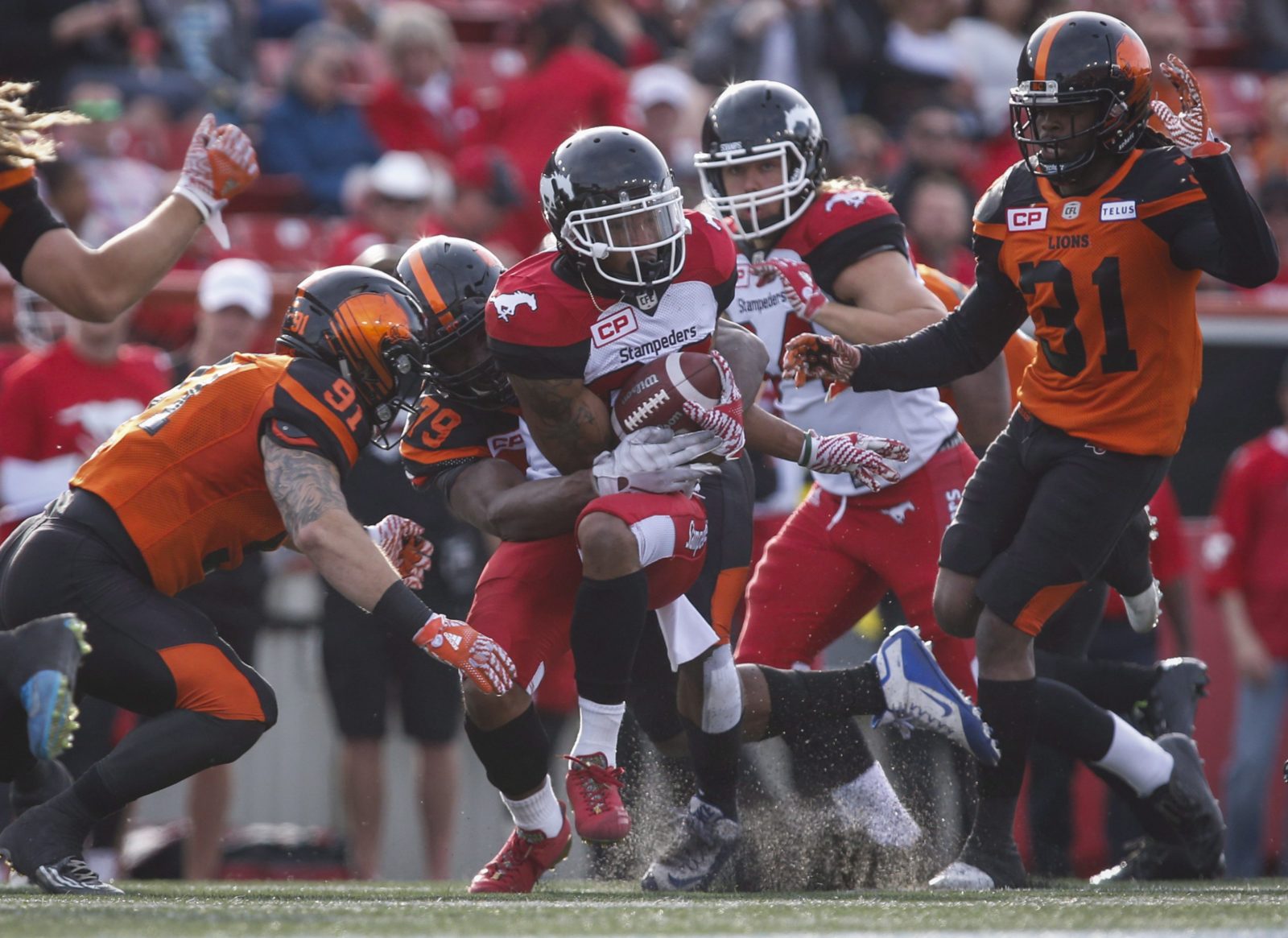 Whether or not it means something in the standings isn’t the point. Any time you get the chance to strap on a real uniform and hit someone wearing a different colour should be considered an opportunity to get noticed. That will be the BC Lions’ rallying cry as they get set for their 2018 pre-season opener against the Calgary Stampeders on Friday at McMahon Stadium (6:00 PM PT/TSN 1040).

You’ll have to excuse quarterback Cody Fajardo if he has felt a little antsy over these last 12 days of workouts in Kamloops.

“I’m very excited because I think a strength of my game is extending plays,” said the new pivot.

“In practice, you don’t get to do too much because a little tag off is considered a sack or a tackle. So I’m excited to get hit again, have to get used to that, but to be able to play against a different team is going to be a lot of fun.”

Indeed, that first pre-season game can provide a turning point, good or bad, for any player on the bubble.

Fajardo is expected to get a fair number of snaps behind centre and looks forward to seeing some of the potential being built in this new offence show what it can do when the lights are on.

“I think it’s just the athleticism of our surrounding receivers, the big fellas up front and we just have some really good players around us,” explained Fajardo.

“The biggest takeaway is you can put that ball anywhere to all of those receivers and they can make a play. For me, that’s exciting because it makes my job a little bit easier.” 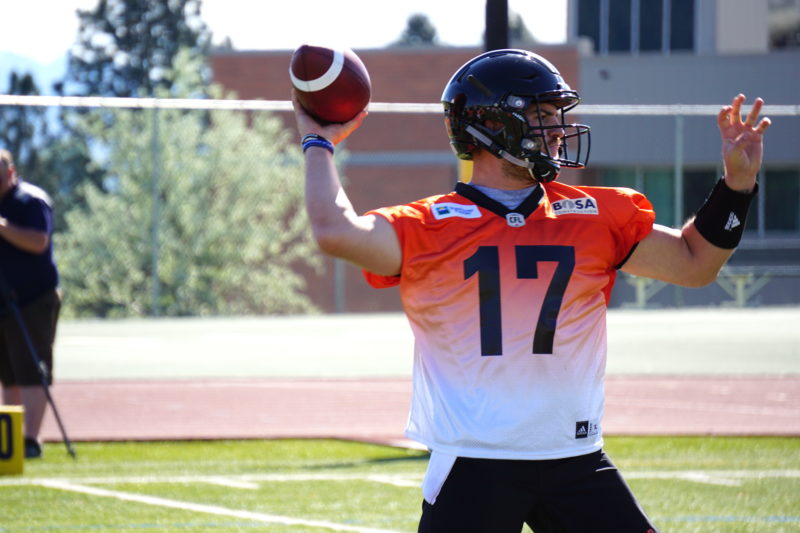 Wally Buono and the coaching staff have plenty of evaluations to make. The quarterback depth behind Jonathon Jennings and a healthy Travis Lulay is as essential as any of them.

“After that, we’re going to play both the young guys. Travis will dress, but we’re not wanting to put him out there.

Both Fajardo and fellow newcomer Ricky Lloyd can probably look to Friday as their big time to shine.

“We’ve got to see the young guys under live action,” said the CFL all-time wins leader.

“Next week they’re not going to get a lot of time. This is a good opportunity for them, they’ve had a lot of reps in practice so they should be prepared.”

Regular season, playoffs or win or go home in November, Calgary has not been too kind to the Lions or any other visiting team in the last several years. As a former member of the Toronto Argonauts, Fajardo knows all about that. Still, it’s the kind of challenge he and his teammates will embrace on Friday night.

“They’re going to want to see their guys do well on defence, just as we do our guys on offence,” said Fajardo.

“It’s going to be a challenge and not everything is going to go our way. I think we just have to respond to adversity. We know in any game situation something is going to happen that you need to try and overcome. Playing a good team like Calgary you just have to stick to what you know, continue to go through your reads, make plays and get the ball down the field.”

Fajardo echoed his coach’s comments about this contest being the perfect time to prove he is the guy the Lions went out and signed in the first week of free agency.

“I’ve been able to complete some balls and pick up the offence pretty quickly. I just want to compete. That competition makes everybody better. Going into this game it’s obviously competition, but I want everyone to have fun and feed off each other.”

“I think it’s really important for us to go in with a mindset to win,” added Buono.

“The other thing is you have to figure out what kind of team you’re going to be. Are you going to be a finesse team or a physical team? The other thing that’s always critical this time of the year is evaluating players.”

Along with the quarterbacks we’ve talked about at length:

Running Back: both Jeremiah Johnson and Brandon Rutley will not be making the trip due 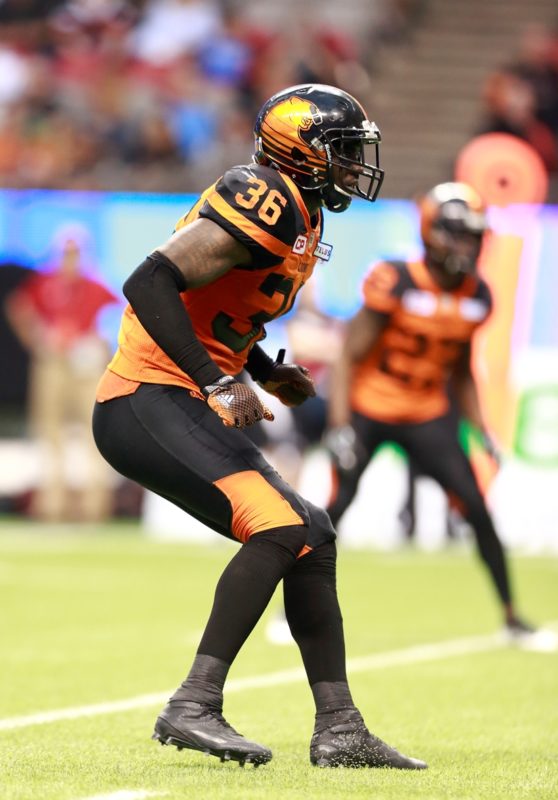 to minor bumps and bruises. Look for Travon Van and Shaun Wick to carry much of the backfield load. Both have looked good throughout camp and got a fair bit of reps in last Saturday’s live scrimmage. Like many of these other battles, the quest for a spot on the final roster rests here.

Right Guard: David Foucault has given the coaching staff little reason to not start him at the position, while 2018 first round pick Peter Godber has progressed throughout the first 12 days in Kamloops.

WILL Linebacker: for the second straight year, this has been one of the more wide open competitions in camp. Dyshawn Davis has shown signs of growth in camp number three, while nationals Jordan Herdman and Bo Lokombo won’t go down quietly. Herdman will start at the middle linebacker position, normally occupied by Solomon Elimimian.

Defensive Line: both the end as well as the interior positions are key. Odell Willis and Gabriel Knapton won’t debut until next week, meaning Ivan McLennan, Josh Kaddu and Cedric Reed will get plenty of reps. As far as the interior, expect Courtel Jenkins and Claudell Louis to get a chance to show their stuff. And of course, there is the Canadian content. s the national content goes rookie Julien Laurent should get a lot of work in along with Edward Godin.

“My mindset going in is that I’m playing the whole game. Honestly, I’m just going to think like that and whenever they’re going to take me out, they take me out. I’m looking at going out there and being efficient, making plays when they’re available to me and just do my job.”

We’ve mentioned many in the secondary who have stood out in camp and one to keep an eye on this week could be Tevin McDonald. The son of former San Francisco 49ers All-Pro Tim McDonald put on a bit more muscle before for his second camp and looks to have benefited from spending most of his first CFL season on the Leos’ practice squad. He is expected to see action at the nickel position on Friday.

The Leos dropped last year’s pre-season opener in Calgary 23-18 before romping over Saskatchewan 42-10 in their final tuneup. QB Alex Ross finished the Calgary loss strong, nearly engineering a late 4th quarter drive to win it. That likely played a role in beating out 2016 third-stringer Keith Price for a roster spot. Now Ross is looking to stick with the Blue Bombers.

Overall, this will be the sixth consecutive year these teams will meet in pre-season. The Stampeders hold a 3-2-0 edge since 2013.

This will mark the first of at least three trips to McMahon in 2018. The first regular season visit goes down on Saturday, August 4th and another one is slated for Saturday, October 13th.

Be sure to follow the BC Lions.com as well as our Twitter, Facebook and Instagram account throughout the day for all of the latest content! Fans can listen to the game on TSN 1040, beginning with pre-game coverage at 4:00 PM PT. Bob Marjanovich and Giulio Caravatta bring you the action just after 6:00 PM.